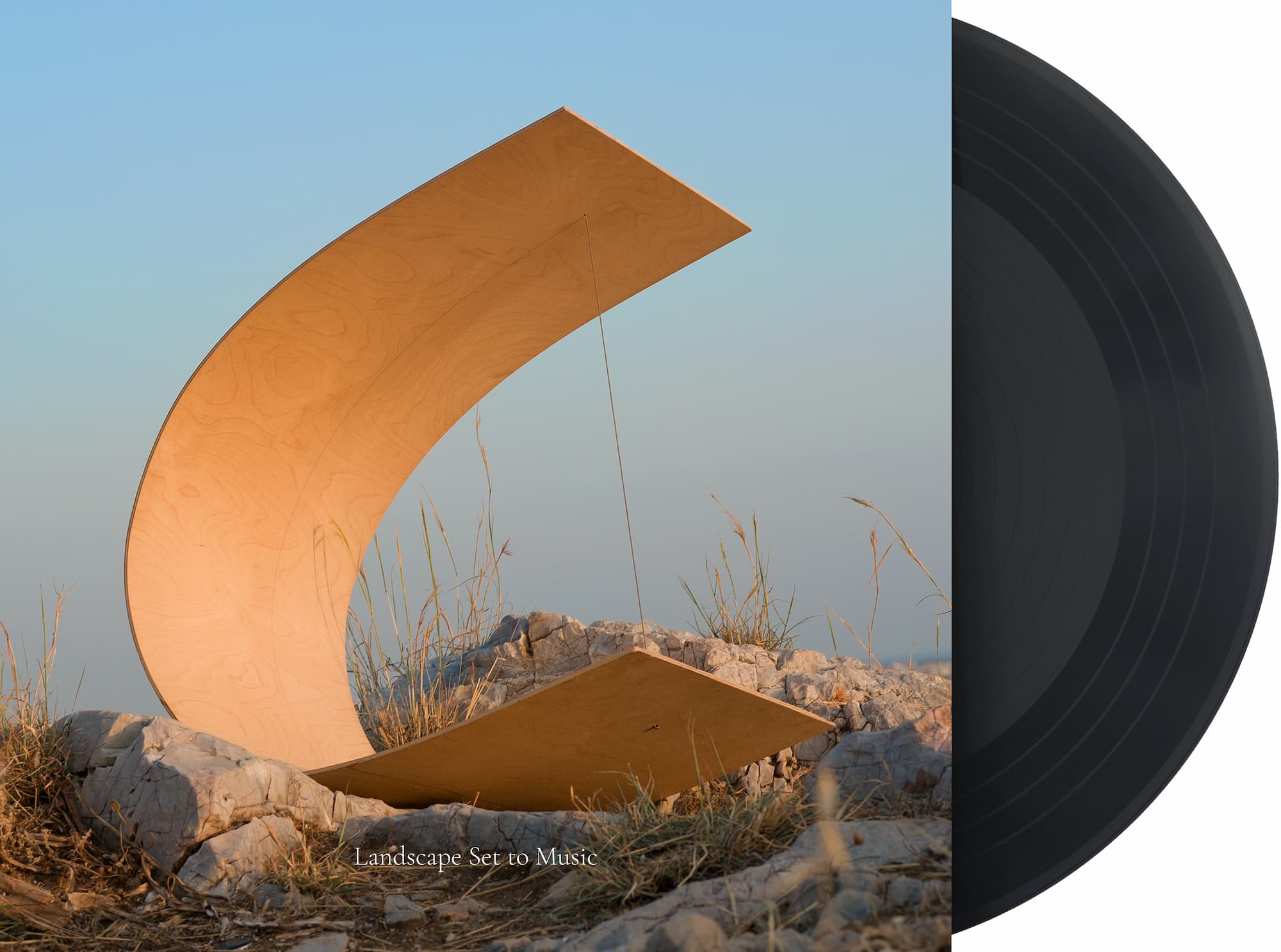 On sculpting music and musical landscaping

Many many years ago, I stumbled through a collective art studio when I came across an exquisite sculpture: well-made, elegant, between finished and unfinished, producing sounds when put into motion. When I asked who had made the sculpture, Anna Godzina (b. 1990) timidly presented herself. I discovered she had lived in several countries and had studied moviemaking before arriving in Belgium. I also learned she was a singer and a music lover. She introduced me to many bands and singers old and new. She surprised me with the variety of shapes her sculptures could adopt, mostly springing from found objects such as wheels, electromotors, tubes or music instruments. Her sculptures are autonomous, but have the capacity to put a space into movement, to make it come alive, to infuse it with poetry. A couple of months ago, I asked the artist whether she wanted to describe a special place in her home country Moldova for me. This is what she replied: ‘On Belinski Street in Chișinău, where I lived as an adolescent, there is a big crossroads on the hill. It has many traffic lights. At night, when there’s no traffic, the lights still change from green to amber and red, making tiny clicking sounds. Nothing moves, apart from the changing colours, but you feel as if something is about to happen.’ The first piece, Landscape Set to Music (A1), is created by an electromotor that makes a cable tie turn around and hit the strings of a dismantled guitar. The sound is registered by the pickup of the original guitar and amplified by a guitar amplifier. Rainscape (A4) is created by revolving tubes containing minuscule pebbles. These sounds have been turned into scores by the musician and composer Yannick Heeren, assisted by Cornelia Zambila. These primary scores were submitted to other musicians who started rehearsing and recomposing them, together with Godzina. In the following lines she tells me how this went.

Godzina: Scores could be written for specific instruments, selected for their similarity to the sounds produced by the sculptures. The mid and high frequency ranges of the electromotors used in the sculptures were seen as melodic pitches. The low frequency range and speed became the tonal center of the compositions. The amount of energy, the movement, the intensity and the irregularities produced by the machine became rhythmical patterns. Once this was done, the first rehearsal began. It was Cornelia Zambila playing Rainscape (B5) on viola. Listening to the sounds of the viola it became clear to me that my own perception of the sounds produced by the sculptures did not coincide with the perception the musicians had and could not be imposed on them. Today this thought sounds simple and obvious, but it felt as an epiphany at the time. The closer to the machine Cornelia intended to be, the less free her way of playing became. Thus, she never achieved the element that I most cherish in my work with the machines: the unpredictable, the mistake. So, I stopped asking the musicians to play like a machine and became curious to learn how musicians make sense out of what they hear. I asked them to approach the scores in a holistic manner and went through an initiation myself, trying to look for meaning in their interpretations. Finally, we created five pieces that went through many changes during the rehearsals. Module one became module six, the pizzicato transformed into a glissando and the drone was accepted by everyone as the transition element representing the engine growl. Yannick worked intensively in adjusting the scores to obtain a final version for the recording. During the recording in the sound studio, the sound engineer, Gorik De Smet, pointed out the heavy breathing of Cornelia while was playing. Removing all her sighs, he said, would take a lot of editing. I immediately decided not to edit the breathing, but to keep it.

Similarly, we can hear Ricardo Lievano Flores whispering and counting in the drum piece. Finally, I had found some unpredictable mistakes that I could keep!’ What keeps surprising me, is how people can generate beautiful and moving works of art if they are willing to let go. As long as we are in control, we seem to be stupid, predictable and boring. As soon as we are relieved of the bondage of self, we flourish. We understand why certain people believe in a divine steering, for when things take over, bliss is ours.

The Room of Six

This album is a result of research conducted at the Royal Academy of Fine Arts, Antwerp, Belgium